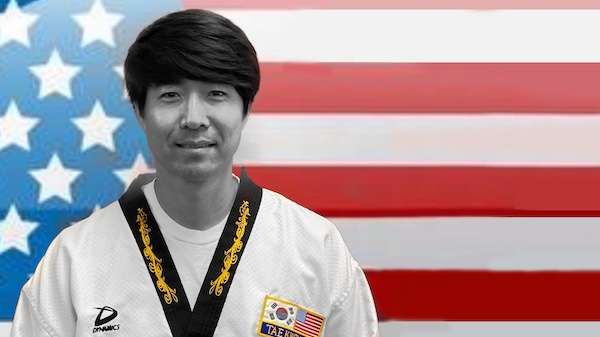 Master Han was born & raised in South Korea.  In Korea, he trained in Taekwondo since the age of 8.  Throughout his life, Taekwondo has always been a cornerstone of his life.  The tenets of taekwondo have opened many doors for Master Han, and he continues to pass those values on through his teaching.  Taekwondo changed the perspective of his life.  It gave him the confidence, strength, & courage to follow his life goals.  For the first time in his life, he came to realize that there is nothing you cannot do with constant determination and effort.  He learned not only the ability to protect himself, but also the self-discipline and respect he needed for the rest of his life.  In October 2006, Master Han opened his own taekwondo school, World Champion Taekwondo Branford.  Master Han has lead athletes to earn Gold Medals on the National Level, and takes great pride in the character-building curriculum he has assembled for World Champion Taekwondo Branford.